Do you think you have what it takes to spend a night (or more) at one of the most haunted hotels in Colorado? Are you a fan of all things paranormal that go bump in the night?

Colorado, like many places, has a storied history. Many parts of the state boomed during the wild west mineral rush. The boom brought money, people, and of course crime to the area in a flash. And along with it came shady dealings gone wrong, unfortunate mishaps and mysterious accidents. All serving as perfect catalysts for creating paranormal activity.

For many spirits in Colorado, they have chosen (or are unwillingly tied to) a number of local hotels in the afterlife. And for fans of all things creepy and spooky, you can book a stay to see for yourself whether the legends are true. Keep reading on for tales of seven of Colorado’s most haunted hotels.

Since I’m still impatiently waiting to win the lottery, this post contains affiliate links. If you click the link and complete a purchase, I may be paid a commission (at no extra cost to you).

All around Colorado, there are fables of paranormal spots and haunted hotels. So, why not forgo the usual Denver Airbnb for something a little more thrilling? Here are our top picks for the creepiest, spookiest, spine-tingling haunted Colorado hotels.

This is not only one of the most haunted places in Colorado but is at the top of the list for the most haunted hotels in America. But what else would you expect from the very place that inspired Stephen King to write The Shining and later Pet Cemetery? Yes, you guessed it, there is a strange pet gravesite on the hotel’s property.

There’s nothing quite like the sound of giggling children to send you to sleep, or a mysterious housekeeper rearranging your stuff. Both of which are frequently reported occurrences by guests. But what else would you expect from the “Disneyland for ghosts”?

The Stanley Hotel has embraced its paranormal reputation and offers both ghost tours and a theatrical séance. And while the hotel is beautiful and a travel destination in its own right – it’s also a really great place to collect your own spooky stories.

This grand hotel is an iconic spot in Denver for a spot of high tea or a classy cocktail. It’s also one of the most haunted places in Denver…allegedly.

The Brown Palace Club, a historic section of the hotel, is well-known for spooky mysteries. Many guests have recounted creepy tales of flickering lights and a carpet that seems to be alive with movement.

It wouldn’t be haunted without the presence of a ghost, and there are a couple of resident spirits here. There is an old-fashioned railroad conductor, who vanishes into the walls when spotted by guests. And let’s not forget the Denver socialite who lived in room 904. She somehow continued calling the reception desk years after she died.

So is the Brown Palace Hotel Haunted? Well, there’s only one way to find out, book a stay and see for yourself.

Before visiting one of the most haunted hotels in Denver, make sure you watch the suspense documentary, ‘The Castle Project‘.

The documentary covers the unexplainable happenings that occurred during the renovation of the Patterson Inn.

Even the biggest paranormal critics can’t help but shiver at that harrowing story. The construction crew experienced strange paranormal activity such as whispering voices and apparent apparitions.

At one point they were certain that vandals were destroying the construction progress every evening. Guard dogs were even brought in to protect the property. The dogs were found dead on the sidewalk the next day and it appeared they had jumped from the third story window.

Nowadays, it is a spectacular bed and breakfast. But its haunted past refuses to let go and a little girl who is buried beneath the basement is said to saunter around the cellar. Head over to experience the haunted hotel and Denver’s spooky ghost tours. In one of the most elevated towns in the state, sitting at 9708 feet is another haunted place in Colorado. During a particularly cold winter in the late 1800s, the Victor Hotel was used as a holding site for the dead because graves couldn’t be dug in the frozen ground.

The bodies were piled up on the fourth floor, sent by elevator. To this day, guests recount harrowing stories of headless humans pacing the hallways.

If you visit the hotel, look out for an elevator that seems to have an invisible passenger, sending it from floor to floor.

There are many stories of the spirit world that surround Hotel Colorado. Including plenty of first-hand guest accounts of abnormal occurrences.

If you’re brave enough, book room 661. Where a female ghost dressed in floral patterns will watch over you when you sleep. Or you may see the nurse who looked after soldiers in WW2 floating around the halls, leaving a scent of Gardenia perfume in her wake. Or even smell the scent of cigar smoke, hear knocks at the door, or the tell tale flickering of lights.

But if the paranormal doesn’t phase you, then how about the real history of this hotel? It was once used as a hospital, and the basement was a morgue to store dead soldiers. Given that, you can imagine that there are plenty of tortured souls who’ve never left the hotel, even once it was converted. Creeeeeeeeeepy!

Boasting a 129-year history that is peppered with paranormal peculiarities, it is said that The Oxford Hotel, Denver, is haunted.

Guests and staff have told tales of three ghosts that frequent the hotel. Room 320 is the site of a gory murder-suicide where a young woman, Florence Montague shot and killed her beau before turning the gun on herself. Eternally a scorned lover, the beautiful Florence loves to taunt any single man that dares to stay in that room. There are stories of sheets ripped from the bed and men’s arms being pinned by the ghost.

A peeping tom spirit allegedly hangs out in the women’s bathroom and is known as ‘the peeper ghost’. And if you’ve always dreamed of having a drink with the dead, head down to the Cruise Room bar (a classic Denver speakeasy), where a vanishing old-fashioned postal worker drinks a beer and mutters about the gifts he never got to deliver that Christmas.

Undoubtedly one of the scariest places in Colorado with a host of terrifying tales from guests and ghost hunters. It is such a paranormal hot spot that even paranormal investigators have told stories of a burning sensation in their bodies and a demonic dog that roams the basement.

In fact, the hauntings were so prevalent that a news crew filmed a story about it in the 1980s. It’s a beautiful hotel but may have a mysterious underbelly of angry spirits and mysterious occurrences.

Set in the Colorado Mountains, equally stunning yet haunting, the hotel features 11 rooms and apparently a ghost for each one. Look out for transparent children running around or the floating head of a grandmother.

Now that you’ve read the spooky tales – are you still feeling brave?

Do you think you have what it takes to spend a night at one of these Colorado haunted hotels?

Or have you already spent a night there and lived to tell the tale? Shout out about your experience in the comments! 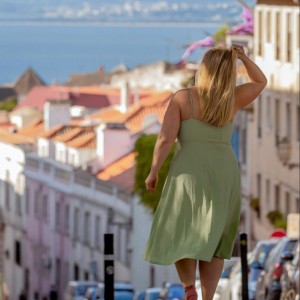 Hi there! My name is Kara, and I am travel obsessed. I overwhelm most of my friends with the amount of trips I try to convince them to go on. Who knew it was so hard to get people to travel?? more

TBD – Stay safe out there!